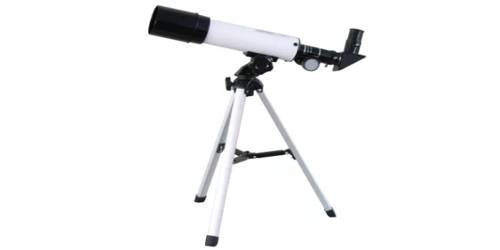 Celestial bodies at long distances cannot be seen by bare (naked) eyes. These bodies are seen by telescope. So, the optical instrument which is used to see a distant object clearly is called telescope. It an optical instrument designed to make distant objects appear nearer, containing an arrangement of lenses, or of curved mirrors and lenses, by which rays of light are collected and focused and the resulting image magnified. It has lenses inside it that make distant things seem larger and nearer when you look through it. Telescopes are of two types; viz—(1) Refracting telescope and (2) Reflecting telescope.

(b) Terrestrial telescope and