Saprolegnia is an aquatic fungus under the phylum Omycota It is familiar with the name as water mould.

Habitat: i) Usually it gross on decaying organic substance as a saprophytic plant in water.

ii) It also grows on dead insects, dead animals and plants as a saprophyte.

iii) Some species of this fungus can grow on fishes, eggs and other aquatic animals as parasites

Structure: i) Their bodies are filamentous and branched. These branches are called hyphae and the plant body including hyphae is called mycelium

Reproduction: They can reproduce by both sexual and asexual methods. 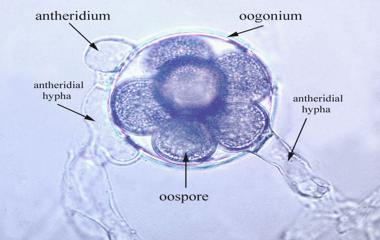