For example, ethylenediamine is a bidentate ligand because it has two amino groups each of which can donate a pair of electrons. 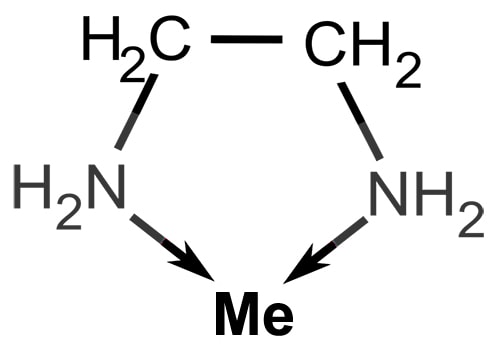 Name of the ligands:

The positive ligands are named with an ending -ium.

This ligand, though positive can bind through the uncharged nitrogen.

The neutral ligands are named as such without any special name. But water is written as ‘aqua: Ammonia is written as ammine. Note that two m’s to distinguish from organic amine

What is Central Metal Ion?

What is Ligand Isomerism?

What is Oxidation State?