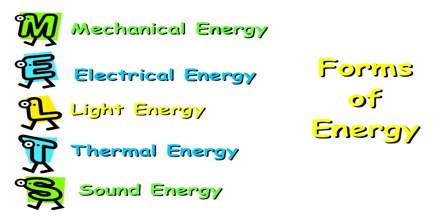 We need different forms of energy for doing different kinds of work. For example we need heat to boil water. We get light energy from an electric bulb. There is sound energy in the music we hear. We need muscular energy to shift or to lift any object. Electrical energy is necessary to operate an electrical device. We get chemical energy by chemical reaction in the electric cell. A piece of paper flies due to energy of air. Nuclear energy is released when the atoms are accumulated or broken.

The universe is in motion as there is energy. If no energy existed the universe would be motionless. As there is light energy we can see and hear because of sound energy. We can move for mechanical energy. Fan rotates and factory runs with the help of electric energy. Energy exists in the universe in different forms.

Generally we observe the following forms of energy. Such as:

Explain Floatation and Immersion of a Body