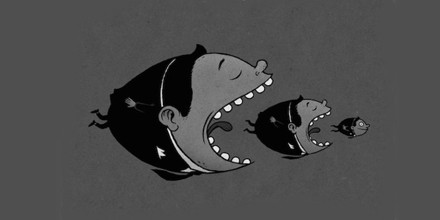 Capitalism is a form of economy where private property and business are allowed and where the investment of capital for personal profit is encouraged. The global strategy of development is the process of expanding trade all over the world. The globalization promises greater employment opportunities to the people of poor countries. Poverty lasts longer in poor countries for the high returns to capital.

The capitalist countries can have access so nutrias food, pure drinking water and advanced Medicare but the people in poor countries cannot afford that. The gap between the wealth and poverty has been increased because the exploited and impoverished workers of the developing countries are not much for capitalist countries. Globalization will be successful when everyone will be able to achieve the fruits of solidarity, equity and justice.

Sound Pollution and its Effects