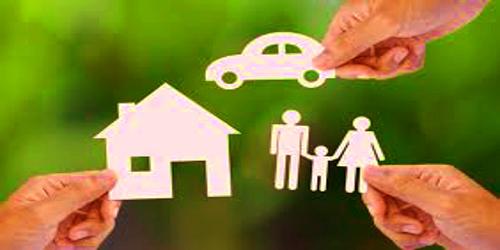 Secured advances mean loans made on the security of tangible assets like land, building, machinery, goods, and documents of title to goods. Such loans provide absolute safety to a banker by creating a charge on the assets in favor of him. Unsecured advances are granted to customers of integrity with a sound financial backing, high business reputation and capacity to manage the business. In such a case, the general capacity of the customer is security in itself.

Usually, there are four (4) forms of secured and unsecured advances (provided by banks). They are the followings:

Loans: In the case of a loan, the banker advances a lump sum for a certain period at an agreed rate of interest. The entire amount is paid on an occasion either in cash or by credit in his current account which he can draw at any time. The interest is charged for the full amount sanctioned whether he withdraws the money from his account or not. The loan may be repaid in installments or at the expiry of a certain period. The loan may be made with or without security.

Cash Credit: A cash credit is an arrangement by which the customer is allowed to borrow money up to a certain limit. This is a permanent arrangement and the customer need not draw the sanctioned amount at once but draw the amount as and when required. He can put back any surplus amount which he may find with him. Interest is charged only for the amount withdrawn and not for the whole amount charged.

Overdraft: Overdraft is an arrangement between a banker and his customer by which the latter is allowed to withdraw over and above his credit balance in the current account up to an agreed limit. This is only a temporary accommodation usually granted against securities. The borrower is permitted to draw and repay any number of times, provided the total amount overdrawn doesn’t exceed the agreed limit. The interest is charged only for the amount drawn; not for the whole amount sanctioned.

Bills Discounted & Purchased: In this form of lending, the interest is received by the banker in advance. Discounting of bills constitutes a clean advance and banks rely on the creditworthiness of the parties to the bill. The term “Bills Purchased” seems to imply that the bank becomes the purchaser/owner of such bills. But in almost all cases, the bank holds the bill only as a security for the advance.

Documents that are related with Secured Advances