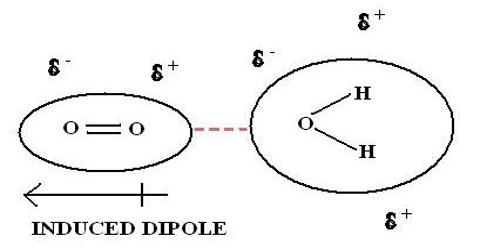 Dipole-induced dipole interaction involves the attraction between temporally induced dipoles in non-polar molecules. This polarization can be induced either

(a) by a polar molecule or

(b) by the repulsion of the negatively charged electron clouds in a non-polar molecule.

An example of the former is chlorine dissolving in water.

What do you mean by diffusion and effusion?