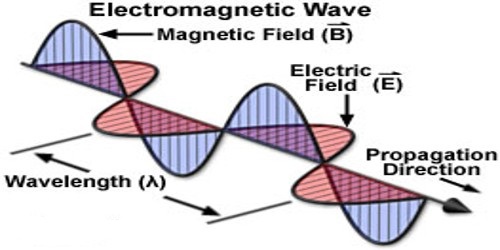 Electromagnetic theory of Wave: In 1845 Faraday discovered that plane of polarization turns due to the influence of strong magnetic field. This effect is known as Faraday’s effect. After the discovery of Faraday’s effect scientists assumed first that there was a close relationship between light and magnetism. According to Faraday’s law of electromagnetic induction electric field is produced the change of magnetic field. So it can be said that light is a form of electromagnetic radiation. Two fields are associated with this radiation. One is the variable electric field and the other one is the variable magnetic field. Hence, it is not unlikely that there s a close relationship between electricity and magnetism with light. 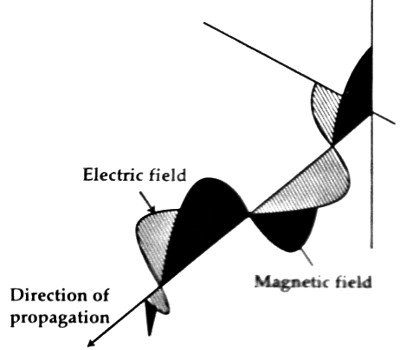 Here ϵ0 is the permittivity of vacuum and its value,