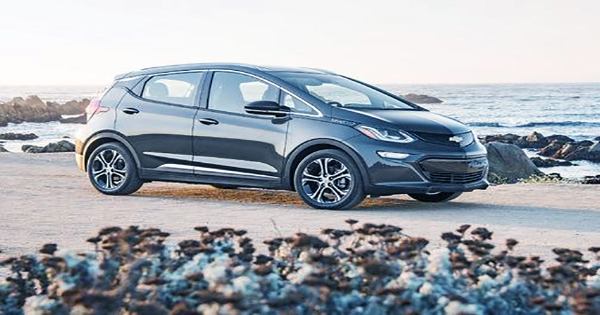 Due to a battery pack shortage connected to the newly announced Chevy Bolt EV and EUV safety recall, GM is extending the shutdown of its Orion Assembly Plant until at least mid-October. According to Bloomberg, the corporation plans to shut down its production until the week of October 11th. “The persistent parts shortages caused by semiconductor supply constraints from international markets facing COVID-related restrictions are driving these most recent scheduling adjustments,” the business stated in a statement.

“We have faith in our team’s ability to keep coming up with new ways to reduce the impact on our most in-demand and capacity-constrained cars. GM continues to emphasize full-size truck production, which remains in high demand, despite the fact that the situation is complex and fluid.” Last week, General Motors said that the Michigan assembly plant’s shutdown, which began on August 23, will be extended until September 20, but it’s evident that the firm has yet to find a solution to the delays. Meanwhile, GM said it would continue to work with LG Chem, its battery supplier, to upgrade its manufacturing procedures and schedules.

The National Highway Traffic and Safety Administration has advised customers to park their vehicles away from residences and other vehicles as a precaution after the business began recalling its Chevy Bolts in July due to fire hazards.

GM announced last week that production on its full-size trucks and SUVs would begin this week, but chip shortages have forced GM to announce that output at five additional North American assembly sites will be slowed.

After being temporarily impacted by the global semiconductor shortage, several plants, such as the Fort Wayne Assembly and Silao Assembly plants, which make the Chevrolet Silverado 1500 and GMC Sierra 1500 models, have already ramped up to full capacity as of September 13, according to GM.

The Lansing Delta Township Assembly facility in Michigan, which manufactures the Chevrolet Traverse and Buick Enclave, will have an additional week of downtime starting September 27 and will restart production on October 4.