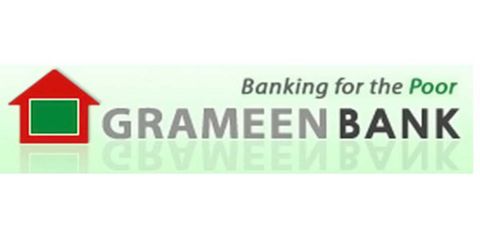 Grameen means pertaining to the villages or rural areas. So Grameen Bank is the financial institution that works for the poor rural people of Bangladesh. This conception was introduced by Dr. Muhammad Yunus, Professor of Economics at Chittagong University. He visualized that the country could never prosper without improving the lot of the rural people who form the vast majority of our population. So he came up with the idea of micro-credit and established Grameen Bank. By establishing Grameen Bank in 1983, Muhammad Yunus sought to realize his vision of self-support for the very poorest people by means of loans on easy terms. The bank has since been a source of inspiration for similar microcredit institutions in over one hundred countries. 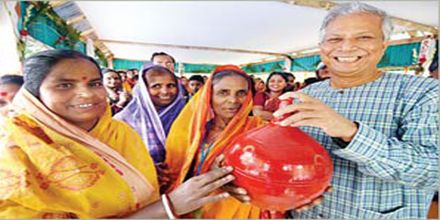 Only the poor and landless people are eligible for getting loans from the bank. There are some rules and procedures for getting the loan. Before getting the loan, people have to make 5-6 groups of workers each having five members. The members should be disciplined. Basically, the group chairperson is responsible for disciplinary activities. The borrowers are given advice to make the best use of the money. People can repay the interest and the borrowed money from their profits. This bank has brought about a revolutionary change in our rural economy. Grarneen Bank, thus helped the poor people become self-sufficient. In recognition of the activities of this bank Prof. Yunus and his Grarneen Bank were jointly awarded Nobel Peace Prize in 2006.

When Grameen Bank was awarded the Peace Prize in 2006, more than seven million borrowers had been granted such loans. The average amount borrowed was 100 dollars. The repayment percentage was very high. Over 95 per cent of the loans went to women or groups of women.

Inside Plaid’s plans to build a new, global finance network

Why more SaaS companies are shifting to usage-based pricing