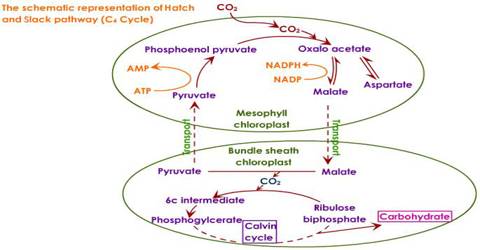 Two Australian botanists Hatch and Slack (1966) discovered that there are two types of chloroplasts in sugarcane. One type restricted to bundle sheath cells has the usual grana. These chloroplasts carry on Hatch-Slack or C4 cycle.

The invention of C4 cycle in monocots such as sugarcane, maize and sorghum has indicated that these plants have solved the difficulty of photorespiration. The carbon dioxide is fixed in the mesophyll cells. 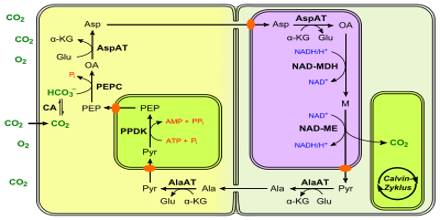 What is Tissue Culture?