Home Geology The Himalayas and other Peninsular Mountains 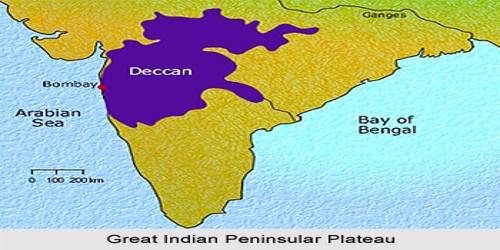 The Himalayas along with other peninsular mountains are young, weak, and flexible in their geological structure, unlike the rigid and stable Peninsular Block. Peninsular Block is an Indian plate which was earlier part of the Gondwana land/plate, which broke in geological time and broken parts of it move in the different directions as Indian plate, Australian plate, Antarctica plate, African plate, etc. Consequently, they are still subjected to the interplay of exogenic and endogenic forces, resulting in the development of faults, folds, and thrust plains. These mountains are tectonic in origin, dissected by fast-flowing rivers that are in their youthful stage. Various landforms like gorges, V-shaped valleys, rapids, waterfalls, etc. are indicative of this stage. 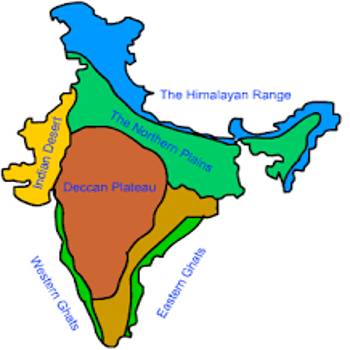 These mountains are tectonic in origin, dissected by fast-flowing rivers that are in their youthful stage. Various landforms like gorges, V-shaped valleys, rapids, waterfalls, etc. are indicative of this stage.during the third phase of the Himalayan mountain formation approximately about 64 million years ago. Since then, it has been gradually filled by the sediments brought by the Himalayan and Peninsular rivers. An average depth of alluvial deposits in these plains ranges from 1,000-2,000 m.

The Arunachal Himalayas – These extend from the east of the Bhutan Himalayas up to the Diphu pass in the east. The general direction of the mountain range is from southwest to northeast. Some of the important mountain peaks of the region are Kangtu and Namcha Barwa.

The Eastern Hills and Mountains – These are part of the Himalayan mountain system having their general alignment from the north to the south direction. Most of these ranges are separated from each other by numerous small rivers.

Peninsular mountains – The Peninsular Ranges are a group of mountain ranges that stretch 1,500 km (930 mi) from Southern California to the southern tip of the Baja California Peninsula; they are part of the North American Coast Ranges, which run along the Pacific Coast from.