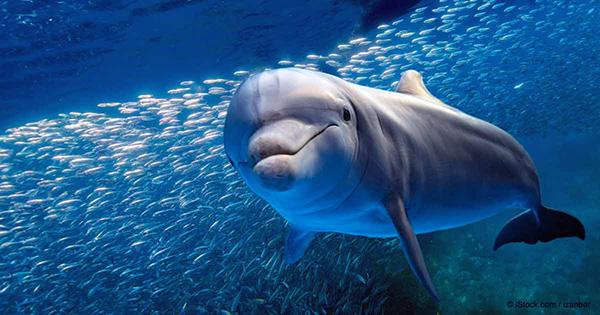 Scientists have been striving to converse with dolphins for decades, and they believe they have found a model that can comprehend the cetaceans’ high-pitched sounds. They explain how whistled human languages may share certain fundamental properties with dolphin signals in a new study published in Frontiers in Psychology, and that examining the two side by side could give significant insights into how dolphins communicate.

Whistled languages are now utilized by roughly 80 civilizations around the world, according to the researchers, and are primarily used to communicate information to others who are not within hearing distance. Whistled dialects turn spoken language into nonverbal communication. Scientists investigating how other extremely clever organisms interact without language find them fascinating. The authors explain how bottlenose dolphins have demonstrated key cognitive traits that are considered basic to human communication, citing multiple earlier researches.

They can understand whistles that have been distorted by noise pollution, for example, suggesting that they can derive meaning from partial cues in the same manner that people can.

They also appear to use so-called “phatic phrases,” which carry no actual information and are only used to make contact. The authors argue that these messages could be compared to saying “hi” in human words. Despite these striking parallels, many important aspects of dolphin communication remain a complete unknown.

The researchers point out, for example, that decoding the animals’ cries would likely stay hard until we gain a better understanding of the “smallest meaningful units of sound” that dolphins use. A phoneme is the smallest unit of sound that can be utilized to change the meaning of a word in human linguistics, for example. The words “hand” and “band,” for example, differ just by a single consonant but have vastly different connotations.