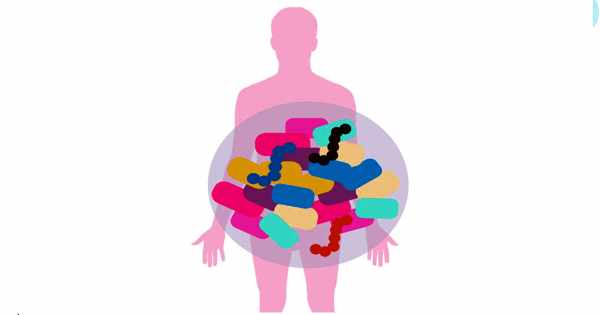 Probiotics are live microorganisms that aid in the growth of “good” bacteria in the intestine. They can be found in yogurt, kefir, sauerkraut, kimchi, miso, and tempeh. They can also be purchased as a dietary supplement. Prebiotics are foods that help the good bacteria in your digestive tract. They are derived from the fibrous parts of food that cannot be digested. Prebiotic fibers provide energy to the cells that line the walls of your gut, allowing them to form protective layers against pathogenic bacteria.

The microbe world in the human gut can have far-reaching consequences for human health. Multiple diseases, including inflammatory bowel disease, are linked to the balance of these microbes, implying that restoring the proper balance could aid in disease treatment. Many probiotics (living yeasts or bacteria) on the market today have been optimized through evolution in the context of a healthy gut.

Designed from the yeast used to make beer, ‘Y-bots’ can target inflammation, tissue scarring and disturbances in the balance of microbes living in the gut.

However, in order to treat complex diseases like IBD, a probiotic would need to perform a variety of functions, including the ability to suppress inflammation, reverse the damage, and restore the gut microbiome. Given all of these requirements, Brigham and Women’s Hospital researchers created a “designer” probiotic – a carefully engineered yeast that can induce multiple effects for the treatment of IBD. Their preliminary findings have been published in Nature Medicine.

“We took yeast, the yeast used to make beer, and gave it the ability to sense inflammation and secrete an anti-inflammatory molecule,” said corresponding author Francisco Quintana, Ph.D., investigator at the Brigham and Women’s Hospital’s Ann Romney Center for Neurologic Diseases. “We call this new platform ‘Y-bots’ (yeast robots) and see the potential for developing therapeutics that can treat diseases of the gut tissue and other conditions.”

Previous research from the Quintana lab has helped to illuminate the link between gut and brain diseases, implying potential applications for engineering probiotics beyond IBD.

Inflammatory bowel disease (IBD) is a broad term that refers to conditions characterized by chronic gastrointestinal inflammation. Ulcerative colitis and Crohn’s disease are the two most common inflammatory bowel diseases. A variety of medications, including aminosalicylates, corticosteroids (such as prednisone), immunomodulators, and “biologics,” may be used to treat IBD. Now, Brigham and Women’s Hospital researchers report that they have created an engineered yeast that can induce multiple effects for the treatment of IBD. Their preclinical findings have the potential to impact the lives of thousands of IBD patients.

Quintana and colleagues created their probiotic with Saccharomyces cerevisiae, a yeast species used in winemaking, baking, and brewing. The researchers used the gene-editing technology CRISPR/Cas9 to introduce genetic elements that could detect inflammation and respond by secreting an enzyme that can degrade a key molecule involved in inflammation. Depending on how much of the inflammatory signal is present at a given location in the gut, the engineered yeast can secrete varying levels of the enzyme. This means that the probiotic can respond to inflammation in a highly localized manner. In mice, the engineered yeast successfully suppressed intestinal inflammation, reduced fibrosis, and restored a balanced gut microbiome.

Quintana and colleagues will need to conduct safety studies before applying this new therapeutic platform to IBD and other diseases in humans. They also intend to refine and test the engineered yeast to see if it can accelerate tissue repair. Aside from IBD, the team intends to investigate the use of engineered probiotics in the treatment of colitis, a common side effect of cancer immunotherapy.

The researchers intend to refine and test the engineered yeast further to see if it can speed up tissue repair. They also intend to look into the use of engineered probiotics to treat colitis, a common side effect of cancer immunotherapy.

“We want to use synthetic biology tools to engineer what we can find in nature,” Quintana said. “Our goal is to create more personalized, localized, and highly controlled medications for treating diseases of the gut and beyond by engineering probiotics.”

In Mice, the Supplement Treats Schizophrenia by Restoring Neuron Structure