Home Physics What is Internal Resistance of a Cell? 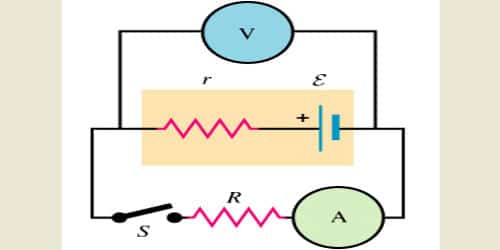 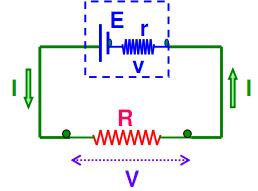 For example, a battery might have an EMF (Electromotive force – badly named term for the amount of potential difference that could be supplied under ideal conditions) of 1.60 volts, but not all of this will end up across an external load.

Where, e = EMF i.e. electromotive force (Volts), I = current (A), R = Load resistance, and r is the internal resistance of cell measured in ohms.

On rearranging the above equation we get;

In the above equation, V is the potential difference (terminal) across the cell when the current (I) is flowing through the circuit.

Note: The emf (e) of a cell is always greater than the potential difference (terminal) across the cell.

Define and Describe on Spectrum

Define and Describe on Solenoid

Describe on Scattering of Light