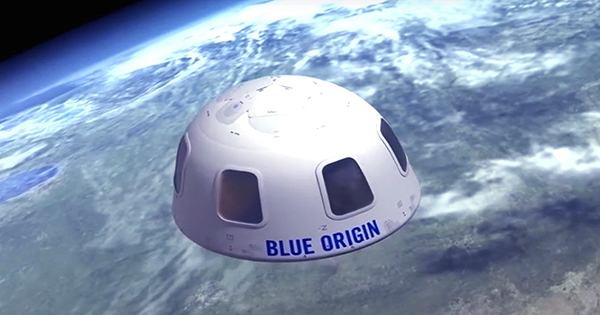 William Shatner — Star Trek’s Captain Kirk – will rocket into space next week aboard the next Blue Origin spaceflight, according to reports. While it was rumored last week, Blue Origin has now confirmed that the 90-year-old actor will be on the company’s next October 12 flights.

“I’m going to be a ‘rocket guy,'” says the narrator. Shatner sent out a tweet. “It’s never too late to try something new,” he continued.

The commercial voyage will also include two other paying passengers as well as Audrey Powers, Blue Origin’s Vice President of Mission & Flight Operations, who will following in Jeff Bezos’ footsteps on Blue Origin’s second mission. The voyage will take approximately 10 minutes, reaching a maximum altitude of roughly 106 kilometers (66 miles), and will feature a brief section of microgravity, allowing the actor to feel what it is like to be in space for the first time.

From 1966 until 1969, Shatner played the commander of the USS Starship Enterprise for three seasons. He also directed one of the seven films in which he played Captain James T. Kirk. He is currently the host and executive producer of “The unexplained,” a History Channel show. Following their deaths, the ashes of two more “Star Trek” legends, inventor Gene Roddenberry and actor James Doohan, who played Scotty, launched into space years ago.

A former NASA engineer who founded a nanosatellite startup and the co-founder of a clinical research software company will join Shatner. The two took part in the auction for a first-class seat. Blue Origin is not disclosing any other ticket pricing, but one seat cost $28 million.

Blue Origin’s vice president of mission and flight operations, who previously worked for NASA as a space station flight controller, will take the fourth seat on the journey. Shatner, like the others, met all of Blue Origin’s health and physical standards, according to a business spokesperson.

If Russia had not planned to launch the world’s first film team, including actor and director, to the International Space Station tomorrow morning, Shatner would have become the first actor in space. It is going to be rather crowded up there, especially with Tom Cruise said to be in line for a movie in space as well.