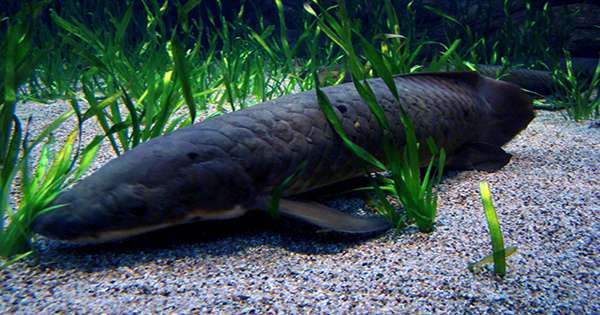 At one point, a fish made enough decisions and dragged itself to the ground to see what was happening at the top. The move dates back to Devonian about 430 million years ago and was affected by a lob-fine fish known to science as Sarcopterygii. This would be a defining moment in the history of the earth, as these fish began to adapt to terrestrial life and eventually became tetrapods, four-legged animals that surrounded the spine higher than the fish. But the story doesn’t start with the first fish to conquer the land, as the new inventions of a new series associated with worldliness were revealed before they were ready to march their scales up-bank.

A new study published in the journal Nature has delved into these genetic adaptations by sequencing the entire genome of the Australian lungfish (Neoceratodus forsteri) and it is exactly that. Researchers estimate that this sequence was achieved using highly fraudulent computer sequencers that took about 100,000 hours to cut the entire genome together. At 43 billion feet long, it is 14 times larger than humans and the longest genome ever. Its huge size is explained by the large intergenic region (the long stretch of DNA sitting in a gene) as well as repetitive inductions, which are part of any DNA or RNA molecule that does not code for a protein.

Their genetic material actually looks more like tamarind than ray-finned fish, some of which are also known as “walking” (like these sharks). The authors wrote in their study, “Phylogenomic analysis has shown that lungfish occupy an evolutionary core position as the closest living relatives of tetrapods, and point to their importance in understanding the novelties associated with terrestrial perception.

The move to the lateral habitat was characterized by the development of a degenerative structure in the lung DNA, a single dorsal lung (as the title implies), and even the ability to detect. It was once argued that coelacanths were the closest relatives of terrestrial vertebrates like amphibians and reptiles, but the sequence of the lung genome confirmed their position as points between fish and tetrapods.

Co-author Siegfried Schloissnig from the Research Institute of Molecular Pathology, Austria, to New Scientist said, “To get out of the water, you have to adapt to terrestrial life.” “You have to be able to breathe air; you have to be able to smell. You look at it from a genomic perspective; it’s genetically halved between a fish and a land-based spine.”