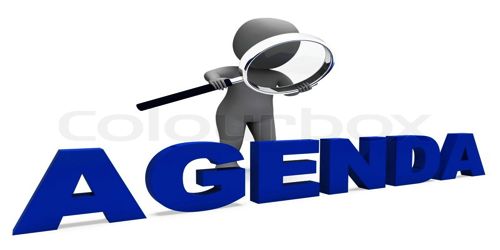 The literary meaning of the term ‘agenda’ is ‘things to be done’. In practice, agenda means the items or issues to be discussed or transacted in a meeting. Preparing the agenda and circulating them to the concerned members is a pre-requisite of a valid meeting. Agenda are prepared by company secretary under the direction of board of director’s. The objectives of an agenda include to –

According to Rajendra Pal & Korlahalli, “Agenda is a document that outlines the contents of a forth coming meeting.”

In the opinion of Quible and others, “An agenda is a written document that lists the topics to be discussed during a meeting.”