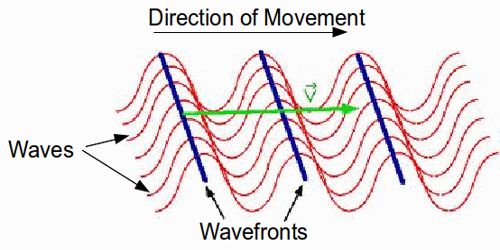 Wave front: The continuous locus of points having the same phase of vibration in a medium through which a wave propagates is called a wave front. It is a surface composed at any instant of all the points just reached by a vibrational disturbance in its propagation through a medium. 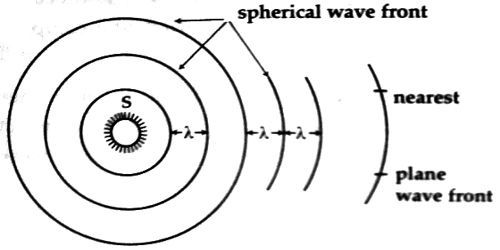 When a wave is propagated through space, the wave front is spherical. When identical waves having a common origin travel through a homogeneous medium, the corresponding crests and troughs at any instant are in phase; i.e., they have completed identical fractions of their cyclic motion, and any surface drawn through all the points of the same phase will constitute a wave front.