For practical purposes, a microscopic (i.e. how many atoms) view of substances is not useful. We need to deal in macroscopic (e.g. how many grams) quantities of elements and compounds. To do this, we introduce the mole. 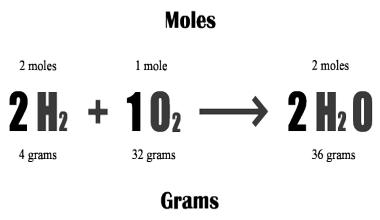 Because atoms of different elements do not have the same mass, one mole of sodium will not be as heavy as one mole of calcium. However, the mass of any substance can easily be related to the number of particles in it, as follows:

Why is the Mole Useful?