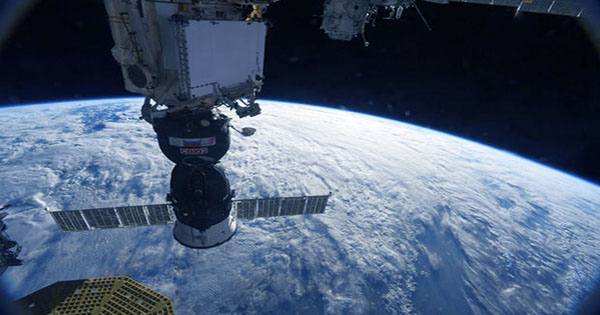 Top NASA officials have come back against a blatant allegation in the Russian media that a US astronaut dug a hole in the International Space Station (ISS) in an attempt to return home early after suffering a psychological catastrophe. In an article in Russia’s state-owned news agency TASS, a “high-ranking” anonymous employee of the Russian space agency Roscosmos accused US astronaut Serena Auñon-Chancellor of intentionally punching holes in the ISS ‘Soyuz MS-09 vehicle.

The 2 mm drill hole in the Soyuz vehicle was first reported in August 2018 when mission controllers noticed a pressure drop in one of the modules. The small leak was immediately patched up and repaired, but the cause of the hole remains a mystery. It was proposed in the United States that the hole was made while returning home to Earth, with Russian media previously blaming U.S. astronauts. As detailed in a scientific study, it is known that Auñon-Chancellor experienced the first deep vein thrombosis in space in the jugular vein of his neck, also known as a blood clot, during his flight to ISS between June-December 2018.

Roscosmos unnamed source claimed that this caused him to experience an “acute mental crisis” that prompted him to make a hole in the earth in an effort to “accelerate his return”. Huge claims require hard evidence, but Roscosmos fails to provide any specific evidence to back up the source allegations.

Officials, speaking on condition of anonymity, explained that the video camera in this part of the ISS was not working properly at the time and that “the Americans refused to pass the polygraph” was a false detector. They further say that eight holes were drilled in the module, but only one entered the hole.

They argue that the holes were dug in a weightless state by a person with little knowledge of the Soyuz MS-09 vehicle (in other words, not a Russian astronaut). NASA officials have denied the rumors, backing the Auñón-Chancellor and saying they believe the allegations have no credibility.

“NASA astronauts, including Serena Auñón-Chancellor, are highly respected, serve their country and make invaluable contributions to the organization,” Kathy Lueders, head of NASA’s Human Spaceflight, tweeted Friday. “We stand behind Serena and her professional conduct. We do not believe these allegations have any credibility.” NASA Administrator Bill Nelson followed the tweet, adding: “I totally agree with Kathy’s statement. I fully support Serena and I will always be behind our astronauts.”