Home Astronomy New clues to understanding how and why stars die 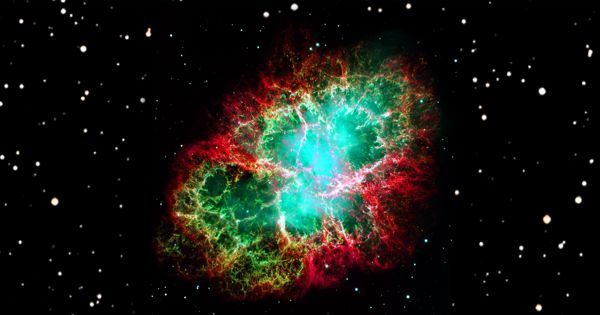 Stars are the most commonly known astronomical objects and are the most important building blocks of galaxies. Any Neapolitan ice cream lover knows that three flavors are better than one. New Northwestern University research has discovered that by observing all three of the “flavors” present in a supernova, they have unlocked more clues as to how and when stars are dying.

Scientists are looking at neutrinos (subatomic particles) for crucial details on supernova explosions. Although previous experiments identified three “flavors” of neutrinos, several researchers tended to simplify studies on the subject by researching “vanilla” while avoiding “chocolate” and “strawberry.”

The finding is very important and the astrophysics community from all over the world has taken an interest in the research.

By using all three flavors in the study, Northwestern researchers have established a deeper understanding of dying stars and have started to uncover current hypotheses. In comparison, they were also able to figure out the issues that current models had. The research team has found that the clue to the death of these stars lies in tiny subatomic particles called neutrinos in the supernovae and that all three neutrinos are significant, rather than widely thought to be two.

Almost 99 percent of the dying star’s energy is released by neutrinos in a supernova explosion. Traveling nearly at the speed of light and communicating very weakly with matter, neutrinos are the first messengers to enter the planet, signaling that a star has died. 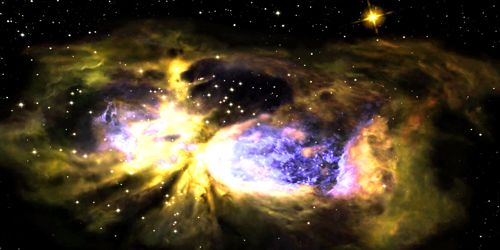 Supernovae are super explosions that arise as huge massive stars collapse, and they are thought to be the cause of the synthesis of the heavy elements of existence and the new stars. As the life of a huge star ends, it collapses, which leads to a great shock wave that causes it to burst. This outburst is so vivid that every other star found in the galaxy stands out for a small amount of time. It is important to research such an explosion, called a supernova, and the particles emitted during the event since the matter that makes up the universe is almost entirely the product of such massive explosions.

Since their original observation in the 1950s, particle physicists and astrophysicists have made considerable advances in discovering, measuring, and producing neutrinos. But in order to reduce the complexity of the models, many people researching subatomic particles make predictions to simplify the research-for example, that non-electron neutrinos behave the same as they are launched by a supernova.

Part of what makes the observation of neutrinos so difficult is that they originate from compact structures (the inside of a star) and then associate with each other, said senior author Manibrata Sen, a postdoctoral researcher currently based in Northwestern under the Neutrinos, Nuclear Astrophysics and Symmetry Program at the University of California-Berkeley. This means that when one taste is affected, almost like a melting tub of Neapolitan ice cream, the evolution is affected by all the ones in the

As a result, when an immense number of neutrinos are sent to carenate during the huge eruption of the supernova core-collapse, they continue to oscillate. Interactions between neutrinos change the properties and activities of the whole system, forming a partnered interaction.

Therefore, when the density of neutrinos is high, a fraction of neutrinos swap flavors. As different flavors are released in different directions deep inside a star, conversions occur easily and are called “fast conversions.” Oddly, research has shown that, as the number of neutrinos increases, so do their conversion speeds, independent of their mass.

In the analysis, the scientist created a non-linear simulation of “fast conversion” when three neutrino flavors are present, where rapid conversion is characterized by neutrinos interacting and changing flavors. Researchers also eliminated the assumption that the three flavors of neutrinos-muon, electron, and tau neutrinos-have the same angular distribution, giving each a distinct distribution.

The two-flavored setup of the same principle is based on electron neutrinos and “x” neutrinos, in which x may be either muon or tau neutrinos and in which the variations between the two are trivial. “We’ve shown that they actually are all relevant, and ignoring the presence of muons is not a good strategy,” Sen said. “By including them we show past results are incomplete, and results change drastically when you perform a three-flavor study.”

While the study may have important implications for both particle and astrophysics, simplifications were also used in the models used in this research. The team aims to make their findings more general by using spatial parameters in addition to momentum and time elements.

In the meantime, Sen said he hoped his team’s analysis would allow the group to make their studies more nuanced. “We are trying to convince the community that when you take these fast conversions into account, you have to use all three flavors to understand it,” he said. “A proper understanding of fast oscillations can actually hold the key to why some stars explode from supernovas.”

The analysis specifically illustrated the importance of all three neutrino flavors, resulting in an imperfect image of rapid exchanging of flavors, if the existence of some species is overlooked.