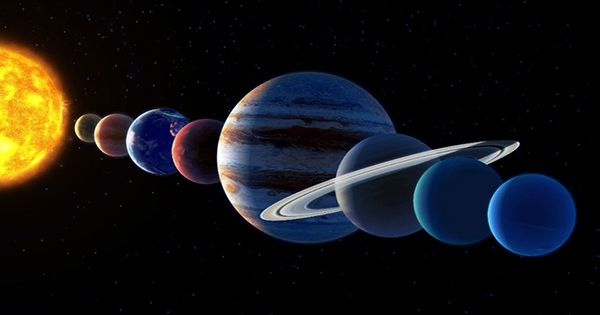 Several close red dwarfs have been identified via a radio survey of the sky. Astronomers believe that these radio emissions in certain cases imply the presence of previously undetected planets orbiting these low-mass stars. If they are correct, it provides a new way for locating our Solar System’s nearest planetary neighbors. It could eventually tell if the environment around these stars is conducive to planets retaining their atmospheres.

Astronomers claimed in 2020 that radio waves have found the first exoplanet (a planet outside our Solar System). The discovery was made about a previously unknown red dwarf called GJ1151, although even the researchers admitted there could be alternative explanations for the signal they were receiving.

The same team has now published two publications in Nature Astronomy and Astrophysical Journal Letters, adding three more planetary candidates orbiting nearby low-mass stars and offering more detail on GJ1151. The researchers scanned an eighth of the northern sky with the Low-Frequency Array (LOFAR) telescope and discovered radio emissions from 19 red dwarfs between 12 and 150 light-years away.

“This discovery is an important step for radio astronomy and could potentially lead to the discovery of planets throughout the galaxy,” said Dr. Benjamin Pope of the University of Queensland in a statement.  The majority of these are active stars, according to Nature research, whose emissions are simple to explain. Four on the other hand is quieter and not expected to produce such signals unless a planet passes through their magnetic field.

The situation, according to the authors, is identical to that of Jupiter and Io. Jupiter was unintentionally discovered to be radiating circularly polarized radio waves near the beginnings of radio astronomy, which today linked to volcanic eruptions on Io intensifying Jupiter’s aurora. Planets in close orbits around red dwarfs are more comparable to Jupiter and Io than to the Sun and Mercury, according to Pope, prompting the search for radio signals indicating their presence.

The sky is abundant of radio emitters, particularly black holes, and detection was nearly impossible until the construction of LOFAR, the most powerful radio telescope ever built in the low-frequency section of the radio spectrum. “Put a pair of polarized eyeglasses on LOFAR,” Leiden University’s Dr. Joseph Callingham and colleagues told IFLScience, allowing it to focus on circularly polarized emissions akin to Jupiters. Pope and colleagues report on their follow-up visual observations of the relevant stars in the Astrophysical Journal, looking for planet-induced wobbles. They ruled out planets that were significantly larger than Earth, but they kept the option of Earth- or Mercury-sized planets open. Pope told IFLScience that even minor planets could cause the discovered emissions.

The planets in question have orbits of two to five days, according to Pope, which might still put them in the habitable zone orbiting such cool stars.

The nearest red dwarf, Proxima Centauri, is too far south for LOFAR to examine, but it is well-positioned for research with the Square Kilometer Array, which will be ten times more powerful than LOFAR once it is operational. Pope expects that the research will eventually disclose information about the plasma environment in which these planets move, as well as their ability to maintain atmospheres in the face of star activity.

The survey also discovered WX Uma, a star with a strong dipolar magnetic field and a radio emission at least 5 stellar radii away. “We don’t think it’s a serious candidate for a planet,” Pope told IFLScience, “but hesitate to offer any solid answer.” Something bizarre is producing the strange field form, and researchers are working to figure out what it is.

Four Planets Line Up In Rare Alignment From Today. Here’s How to Spot Them