Home Health Obesity is not Caused Solely by Overeating, according to Scientists 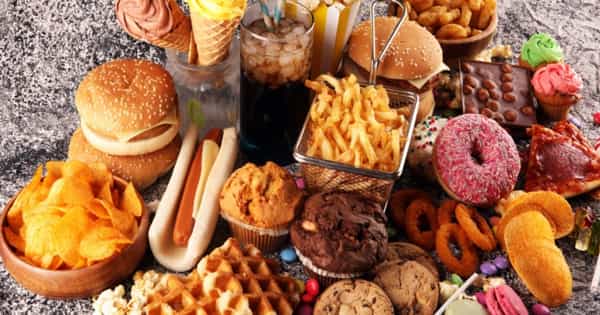 A viewpoint article questions the ‘energy balance model,’ which holds that weight gain occurs when people consume more energy than they expend. ‘Conceptualizing obesity as a disorder of energy balance restates a physics principle without considering the biological mechanisms underlying weight gain,’ the authors write. The authors advocate for the ‘carbohydrate-insulin model,’ which views obesity as a metabolic disorder caused by what we eat rather than how much we eat.

Obesity and obesity-related diseases are on the rise, despite public health messages encouraging people to eat less and exercise more. According to the energy balance model, weight gain is caused by consuming more energy than we expend “reaffirms a physical principle without taking into account the biological mechanisms underlying weight gain “The carbohydrate-insulin model makes a bold claim: obesity is caused by the process of getting fat, not by overeating.

The current obesity epidemic is caused in part by hormonal responses to changes in food quality, specifically high-glycemic load foods, which fundamentally alter metabolism. Focusing on what we eat rather than how much we eat is a better weight-management strategy.

Obesity is a complex and chronic disease with many causes. It is not simply a result of overeating. Research has shown that genetics can play a significant role in determining a person’s body weight, particularly for morbidly obese people.

Obesity affects more than 40% of American adults, putting them at a higher risk for heart disease, stroke, type 2 diabetes, and certain types of cancer, according to the Centers for Disease Control and Prevention (CDC). According to the USDA’s Dietary Guidelines for Americans 2020-2025, losing weight “requires adults to reduce the number of calories they get from foods and beverages and increase the amount expended through physical activity.”

This approach to weight management is based on the century-old energy balance model, which states that consuming more energy than we expend causes weight gain. In today’s world, where people are surrounded by highly palatable, heavily marketed, low-cost processed foods, it’s easy for them to consume more calories than they need, an imbalance exacerbated by today’s sedentary lifestyles. According to this theory, the obesity epidemic is being driven by overeating combined with insufficient physical activity. Obesity and obesity-related diseases, on the other hand, have steadily increased despite decades of public health messaging encouraging people to eat less and exercise more.

The authors of “The Carbohydrate-Insulin Model: A Physiological Perspective on the Obesity Pandemic,” a viewpoint published in The American Journal of Clinical Nutrition, argue that the energy balance model has fundamental flaws and that an alternate model, the carbohydrate-insulin model, better explains obesity and weight gain. Furthermore, the carbohydrate-insulin model points the way to more effective, long-term weight-loss strategies.

The energy balance model, according to lead author Dr. David Ludwig, Endocrinologist at Boston Children’s Hospital and Professor at Harvard Medical School, does not help us understand the biological causes of weight gain: “Adolescents, for example, may increase their food intake by 1,000 calories per day during a growth spurt. Is it the adolescent’s overeating that causes the growth spurt, or is it the growth spurt that causes the adolescent to become hungry and overeat?”

The carbohydrate-insulin model, in contrast to the energy balance model, makes a bold claim: overeating is not the primary cause of obesity. Instead, the carbohydrate-insulin model blames much of the current obesity epidemic on modern dietary patterns characterized by excessive consumption of high-glycemic-load foods, particularly processed, rapidly digestible carbohydrates. These foods trigger hormonal responses that fundamentally alter our metabolism, resulting in fat storage, weight gain, and obesity.

When we consume highly processed carbohydrates, our bodies increase insulin secretion while decreasing glucagon secretion. As a result, fat cells are signaled to store more calories, leaving fewer calories available to fuel muscles and other metabolically active tissues. The brain perceives that the body is not receiving enough energy, which causes feelings of hunger. Furthermore, metabolism may slow down as the body attempts to conserve fuel. As a result, we tend to be hungry even as we continue to gain weight.

To comprehend the obesity epidemic, we must consider not only how much we eat, but also how the foods we consume affect our hormones and metabolism. The energy balance model overlooks this critical piece of the puzzle by claiming that all calories are the same to the body.

While the carbohydrate-insulin model is not new (it dates back to the early 1900s), the perspective published in the American Journal of Clinical Nutrition is the most comprehensive formulation of this model to date, authored by a team of 17 internationally recognized scientists, clinical researchers, and public health experts. They have collectively summarized the growing body of evidence supporting the carbohydrate-insulin model. Furthermore, the authors have identified a set of testable hypotheses that differentiate the two models in order to guide future research.

The carbohydrate-insulin model, rather than the energy-balance model, has far-reaching implications for weight management and obesity treatment. Rather than urging people to eat less, which rarely works in the long run, the carbohydrate-insulin model suggests a different path that focuses more on what we eat. Dr. Ludwig claims that “Reducing the consumption of rapidly digestible carbohydrates, which flooded the food supply during the low-fat diet era, reduces the underlying drive to store body fat. As a result, people may be able to lose weight with less hunger and effort.”

The authors admit that more research is needed to definitively test both models and, possibly, generate new models that better fit the evidence. To that end, they advocate for constructive dialogue and “collaborations among scientists with diverse perspectives to test predictions in rigorous and unbiased research.”

The Significance of Genes in Prenatal Air Pollution Reactions

Boost Your Kid’s Brain Power with the Power of Music