Velocity-time graphs are used to explain the motion of objects which are moving in a straight line. They can be used to demonstrate acceleration and to work out displacement. 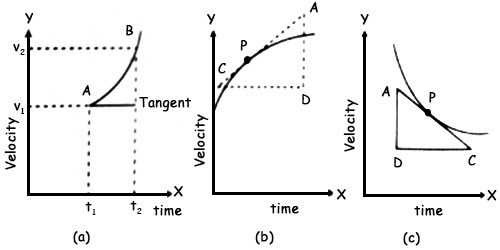 One excellent example of nonuniform accelerated motion is that of a mass bouncing at the end of a spring. This Simple Harmonic Motion has a velocity-time graph that is sinusoidal. It is the acceleration in which the object changes its velocity with uneven intervals of time.

Practical Example: A stone of mass ‘m’ is thrown straight upward from the top of a multi-story building with an initial velocity of +15 m/s. Find out the acceleration of stone just after it is thrown?