Home Business Does Promotion of Employees Waste Resources of the Organization? 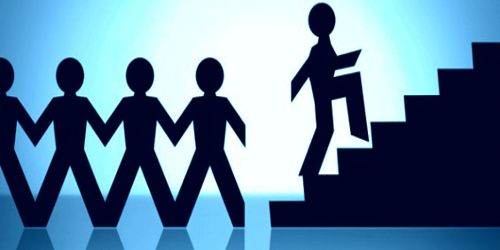 The advancement of an employee from one job position to another job position that has a higher salary rank, often more and higher level job responsibilities is called a promotion. Visually, a promotion moves an employee’s job up one level on an organizational chart. I think the promotion of employees does not waste resources of the organization. Properly administered, transfers and promotion, promote morale, stimulate efficiency, and provide an opportunity for advancement to loyal employees. To explain my points of view following reasons are stated:

(1) Promotion is the stepping up of an employee to a position in which he can render greater service to the company.

(2) Promotions from within the company are not so apt to be mistaken as are selections from outside.

(3) The knowledge that deserved promotions is being made increases the interest of other employees in the company and the desire to sent the interests of the company.

(4) Such knowledge causes other employees to behest that their turns will come next and so they remain with the company and reduce the labor turnover.

(5) It creates a feeling of content with the present conditions and encourages ambition to succeed within the company.

(6) It increases interest in training and in self-development as necessary preparation for promotion.

From the above discussion, we can be said that promotion of employees doesn’t waste the resources of the organization.