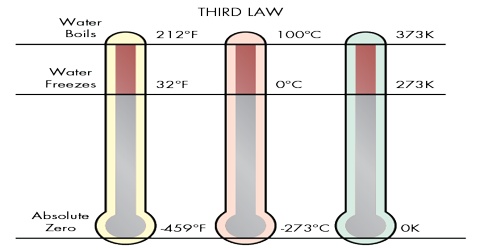 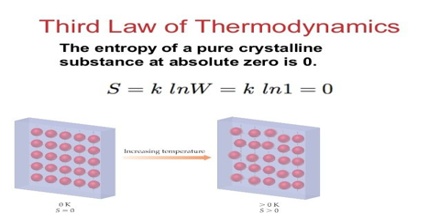 This number also represents the number of different ways in which the given state of the system can be realized. It is assumed that all microscopic states are equally probable. At equilibrium the thermodynamic probability is maximum. Since entropy of a system at equilibrium is maximum, it was thought reasonable to relate thermodynamic probability with entropy by the relation,

where k is the Boltzmann constant. That the relationship between S and W is logarithmic may be shown by considering two systems with entropies S1 and S2 and thermodynamic probabilities W1 and W2 respectively. It the systems are combined the probability of the resulting system will be W1 x W2 but the entropy will be S1 + S2. A relation of the type shown in equation (1) will satisfy this condition. It must be understood, however, that this is not a complete proof of the relation between S and W. Equation (1) is the basis of statistical thermodynamics and leads to calculation of absolute entropies from molecular constants such as mass, moment of inertia, frequency of vibration of bonds. Such calculations are independent of the third law of thermodynamics.