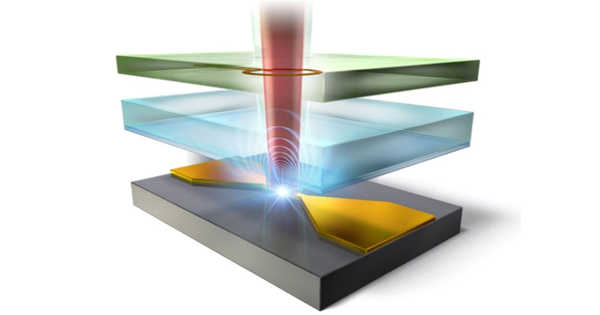 The wavelengths of radio waves are the longest in the electromagnetic spectrum. They range in size from the length of a football to the size of our entire planet. In the late 1880s, Heinrich Hertz demonstrated the existence of radio waves. He employed a spark gap connected to an induction coil as well as a separate spark gap on a receiving antenna. When the waves created by the coil transmitter’s sparks were picked up by the receiving antenna, sparks would jump its gap as well. In his experiments, Hertz demonstrated that these signals possessed all of the properties of electromagnetic waves.

Scientists from the University of Tsukuba’s Division of Physics used a quantum effect known as “spin-locking” to significantly improve the resolution of radio-frequency imaging of nitrogen-vacancy defects in diamond. This research could pave the way for faster and more accurate material analysis, as well as a path toward practical quantum computers.

Nitrogen-vacancy (NV) centers have long been investigated as a potential quantum computer component. An NV center is a diamond lattice defect in which two adjacent carbon atoms have been replaced by a nitrogen atom and a void. This results in an unpaired electron that can be detected using radio-frequency waves because its probability of emitting a photon is determined by its spin state. The spatial resolution of radio wave detection using conventional radio-frequency techniques, on the other hand, has remained suboptimal.

Researchers have achieved micrometer spatial resolution for radio-frequency imaging of nitrogen-vacancy centers in diamond by enhancing the signal with quantum spin-locking. This work may lead to more accurate material characterization, medical diagnostics, and quantum computers.

When charged particles are accelerated, they emit radio waves. They are generated artificially by time-varying electric currents made up of electrons flowing back and forth in a specially shaped metal conductor known as an antenna. An oscillating electric current is applied to the antenna by an electronic device known as a radio transmitter, and the antenna radiates the power as radio waves. Another antenna connected to a radio receiver receives radio waves. When radio waves hit the receiving antenna, they push the electrons in the metal back and forth, creating tiny oscillating currents that the receiver detects.

Researchers from the University of Tsukuba have now pushed the resolution to its limit using a technique known as “spin-locking.” Microwave pulses are used to simultaneously place the electron’s spin in an up and down quantum superposition. The direction of the spin then precesses around as a result of a driving electromagnetic field, similar to a wobbling top. As a result, an electron spin is shielded from random noise while remaining strongly coupled to the detection equipment. “Spin-locking guarantees high accuracy and sensitivity of electromagnetic field imaging,” explains first author Professor Shintaro Nomura.

Because of the high density of NV centers in the diamond samples used, the collective signal they produced was easily detected using this method. This enabled the detection of clusters of NV centers at the micrometer scale. “The spatial resolution we obtained with RF imaging was much better than that obtained with similar existing methods,” Professor Nomura continues, “and it was limited only by the resolution of the optical microscope we used.”

A radio wave is most efficiently radiated from a metal antenna with a length that is a suitable fraction of a wavelength, such as half-wave, and radio wave reception is best when the receiving antenna is also a suitable fraction of a wavelength. Radio waves are more widely used for communication than other electromagnetic waves, owing to their favorable propagation properties, which stem from their large wavelength.

Radio waves can pass through the atmosphere, foliage, and most building materials, and can bend around obstructions due to diffraction. Unlike other electromagnetic waves, radio waves tend to be scattered rather than absorbed by objects larger than their wavelength.