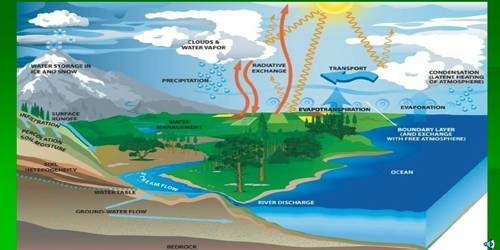 In humid regions, which receive heavy rainfall running water is considered the most important of the geomorphic agents in bringing about the degradation of the land surface. Running water is the most powerful agent of erosion. Continents are eroded primarily by running water at an average rate of 1 inch every 750 years. The velocity of a stream increases as its gradient increases but velocity is also influenced by factors such as the degree of turbulence, position within the river, the course of the stream, the shape of the channel and the stream load. There are two components of running water.

One is overland flow on the general land surface as a sheet. Another is linear flow as streams and rivers in valleys. Most of the erosional landforms made by running water are associated with vigorous and youthful rivers flowing along gradients. 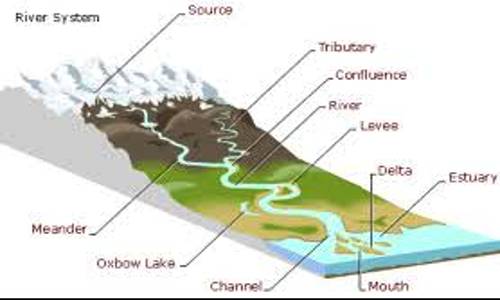 With time, stream channels over steep gradients turn gentler due to continued erosion, and as a consequence, lose their velocity, facilitating active deposition. There may be depositional forms associated with streams flowing over steep slopes. But these phenomena will be on a small scale compared to those associated with rivers flowing over medium to gentle slopes. The gentler the river channels in gradient or slope, the greater is the deposition. When the stream beds turn gentler due to continued erosion, downward cutting becomes less dominant and lateral erosion of banks increases and as a consequence, the hills and valleys are reduced to plains.