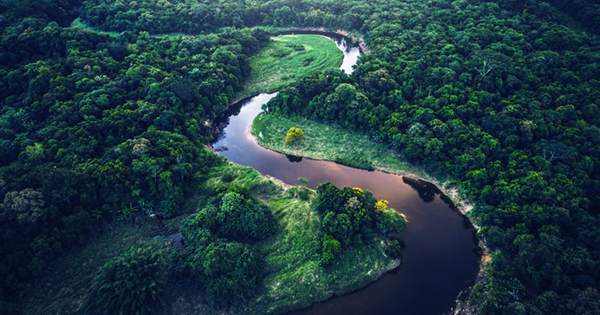 Most of the destruction of the rain forest occurs because no one knows that it is happening too late. Satellites can change that, so foresters are subscribing to regularly updated photographs in an attempt to disrupt destruction. When researchers decided to experiment with this approach in the sky, they found something surprising – the new technology has already protected many of Africa’s forests, but South America or Southeast Asia does not seem to have any measurable advantage.

The Rainforests around the world is being swallowed up as a large part of the greenhouse gas and another large part of the current disaster rate of extinction. Some of this destruction is officially sanctioned, but a lot is happening illegally in government-protected areas illegally policing resources are limited so those who are trying to preserve these areas often only look for good damage after doing their job. The Global Forest Watch (GFW) provides canopy damage satellite updates at a spatial resolution of about 30 meters (100 feet) whenever a Landsat or 6 satellites (joint NASA-USGS Earth Observatory satellites) receive uninterrupted views of an area. For the tropics, this happens every eight days when the clouds do not block the view.

Government agencies and conservation agencies that sign up to the GFW take a precaution when an algorithm detects a change in forest cover for their area of ​​interest, so they can block loggers in this act. This is theoretically great, but Dr. Madison at the University of Wisconsin. Fanny Moffett knew more than to accept the effectiveness of such a program.

In Nature Climate Change, Moffett and co-authors report that access to GDW warnings was associated with a 17 percent reduction in deforestation in Africa compared to the 2011-201 base baselines. Cameroon, where the warnings were most widely used, has exacerbated the problem of deforestation. Meanwhile, damage continues in areas where caution has not been exercised.

If these seem a bit vague, consider the significance of an 18 percent reduction in flood erosion on just one continent. Moffett and co-authors estimate that these warnings saved about 500 square kilometers (193 square miles) a year. Multiplying by common carbon storage for forests in the region means that about 14 million tons of carbon will be released annually which is stored. Several African countries, including several large countries, release less than that every year by burning fossil fuels.

In real terms, these near-weekly tweets/emails are saving many millions of dollars in carbon emissions, the authors note, rather than the cost of the system. No one knows how to calculate the value of an endangered species and other long-term benefits of a conserved forest, but it will certainly be plentiful. The authors believe that political instability in Venezuela and Colombia could reduce the effectiveness of South American warnings. In many Asian countries, up-to-date information was available before warnings were issued to suggest barriers to forest protection elsewhere.