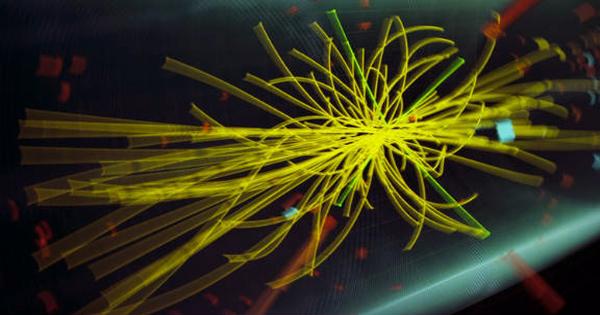 Physics outside of the standard model is expected to require more energy than is currently possible by LHC.  However, indications of these interactions can be seen in the way the Higgs boson erodes into other particles.

The CERN’s Large Hadron Collider (LHC) creates the Higgs boson by colliding beams of protons moving at almost the speed of light.  Each of these particles contains a lot of energy and rarely interacts with each other and sheds light on the particles when they are dispersed.

Members of the ATLS collaboration (one of four LHC experiments) recently discussed how a decade of valuable data from the LHC could provide insights into theories such as the Effective Field Theory (EFT) and the Minimal Supersymmetric standard model (MSSM).

The results of the atlas suggest that if EFT interactions exist, they are at a higher power than what we can currently test, or in a way that cannot be detected by Higgs.  To date, no direct evidence has been found to support these models. The data from Higgs, however, provide some strong impediments to these ideas.

The data did not find any evidence of other Higgs bosons but it was able to exclude many possible versions of this theory.  MSSM suggests that there is not just one Higgs, there are five, and it is expected to be the lightest of what we have seen.

Nonetheless, finding flaws in this theory is the ultimate, creating the best humanity ever the standard model has won again today and will continue to win, not win one day.  We know the standard model is limited because it still doesn’t have things like gravity and dark energy and dark matter.