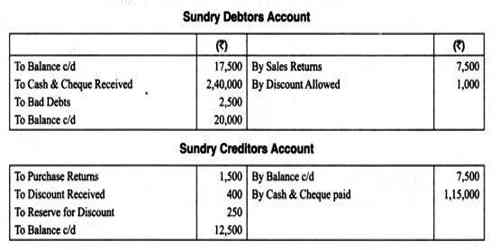 Sundry can signify various, miscellaneous, or diverse. Sundry debtors may refer to a company’s clients who infrequently make purchases on credit and the amounts they purchase are not important.

Sundry creditors are suppliers who have sold goods in small quantities to the company on credit.

Any person who supplies the goods or services or consumable items to a trade firm on credit basis will be called as sundry creditor by the firm who avails this facility. The suppliers of various items relating to expenses on credit basis are also called sundry creditors. Sundry creditor is the liabilities of the firm because the firm is supposed to pay the outstanding amount in future as per terms and conditioned agreed upon by both the parties. They are called as trade creditors also. 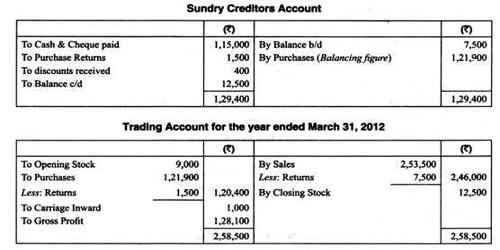 Example: Creditors – If ABC LTD Company had purchased material from XYZ Company in that case –

In short, Creditors are a liability for Business & Debtors are assets of Business.

Sundry creditor for expenses means for example you hire land for operation of business and that rent is outstanding for the month so the landlord become s.creditor for us.

Distinction between a Cash Book and a Cash Account

Identify factors that are relevant in determining the annual depreciation

Asset Definition in terms of Accounting with its Types