Home Accounting How Sunk Cost is considered irrelevant to decision about the future? 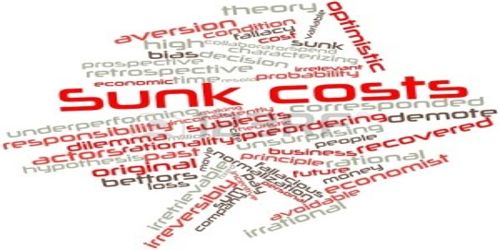 Sunk cost is a cost that has already been incurred and, therefore, is irrelevant to the decision-making process. One example is, a company purchased a machine several years ago. Due to a change in fashion over several years, the product that is generated by the machine cannot be sold to clients. Therefore the machine has become useless or obsolete. The price originally paid to order the machine cannot be recovered by any action and it is, therefore, a sunk cost.

Considered irrelevant to decision about the future: In addition to past cost, some future costs may be irrelevant because they will be the same under all feasible alternatives. Those, too, may be safely ignored for a particular decision. The salaries of many members of to management are examples of expected future costs that will be unaffected by the decision at hand.

How does opportunity cost enter into the make or buy decision?

How does Opportunity Cost enter into the make or buy decision?