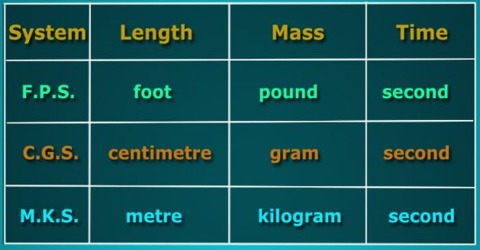 In addition to System of Units, as per requirement of different branches of physics there is one or more necessary and appropriate standard quantity and adding its associate unit there are two more methods in use. All these methods are discussed below.

(i) Centimetre-Gramme-Second System or Metric System or French System: This method is abbreviated as C. G. S. method (or cm. gm. sec) method.

That means, in this method unit of length is centimeter, unit of mass is gramme and unit of time is second. This method is called Decimal System. 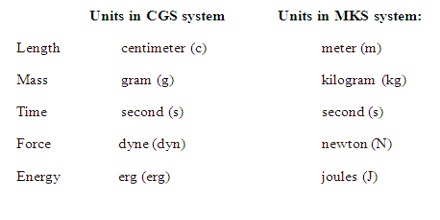 That means, in this system tout of length is metre, the unit of mass is kilogramme and unit of time is second.

Adding some more standard quantities and then units with the existing M.K.S. system this International system has been introduced. In the following list, different quantities, their units and symbols have been mentioned. In this system there are nine quantities. 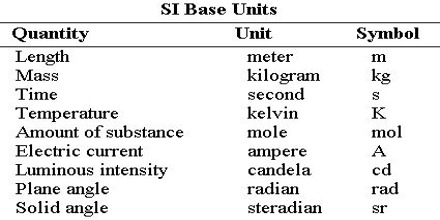 Dimension and Dimensional Equations of Fundamental and Derived Units