Home Other The School Magazine 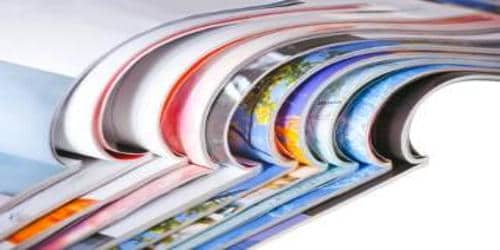 The School Magazine is a periodical published once or twice a year. It is a magazine that contains writings of the teachers and the students of a school. It aims at encouraging the literary and cultural activities of the students. Almost every well-established school publishes a magazine every year. It gives a view of the life of the school and reveals the creative genius of the students.  A school magazine is also a mirror of a school. It depicts the activities done and achievements earned by a school.

The publication of a school magazine is a hard task. At first, it is eventual to form a magazine committee. It is formed consisting of the editor some advisor and some student members. The headmaster is the Chairman of this committee. An assistant teacher becomes the editor and. he helps the students in raising funds in selecting articles and correcting them. The editor invites essays, poems, stories, etc. from the students. Then he selects the good writings and sends them to the press. They are then printed after necessary correction. Some of the students supervise the printing work of the magazine.

Various photographs of school activities are included in a school magazine. This magazine gives a vivid picture of the school and school affairs. It helps the extra-academic qualities of the students. It trains up the students in “the art, of printing and publication. It develops the power of thinking. It brings students close to one another and erects some of the responsibility. So, this magazine is helpful to the students in many ways. In fact, a school magazine gives over the impression of a school.

The school magazine plays an important role in building up the career of the school. The most important is that it brings out the latent creative talents of the students and thus helps them to be great writers. It makes creative power among the students. The students should be encouraged to bring out such magazines.

Dear Sophie: Tips for filing for a green card for my soon-to-be spouse