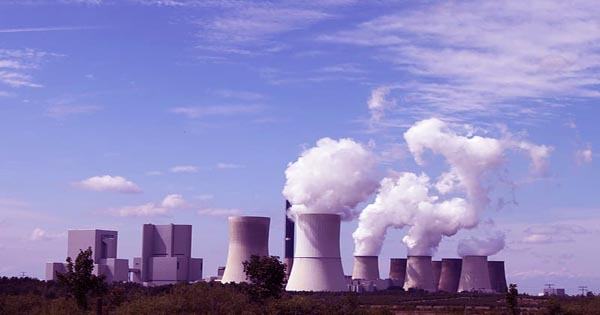 The levels recorded are far below what is considered a threat to human health. There has been a sharp increase in radioactive isotopes in some parts of Scandinavia. However, such a sudden emergence probably reflects the revelation of irrational particles that can be dangerous to stay close to the source, especially if the cause has not been found and is being traced.

Radiation detection stations in Finland and Sweden last week saw an increase in cesium-134, cesium-137, cobalt-60, and ruthenium-103. All four are radioactive isotopes that are extremely rare in nature but are common products of the corrosion chain in nuclear reactors. Two weeks ago, Norwegian observation sites detected a spike in radioactive iodine-131. It is unknown at this time what he will do after leaving the post.

“Radionuclides are artificial, meaning they are man-made. The composition of nucleotides can lead to damage to the fuel components of nuclear power plants,” The National Institutes of Health and Environment (RIVM) in the Netherlands has issued a statement on Swedish / Finnish identification.

For those with long memories (or who have watched the HBO series), reports may raise fears of another Cherokee. The fault came to the world’s attention after the rising radiation at Sweden’s nuclear power plant was detected.

Atomic Disaster 2020 Disaster may be a popular pick on the bingo card but it is more likely to be somewhat less deadly. The increase in levels of background radiation so far is further reminiscent of the ruthenium cloud detected across Europe in 2017 and has recently been confirmed to have come from a civilian reactor. In fact, so far, the detectors are smaller in geographical areas and the amount of density is lower, compared to the 2017 event.

Monitoring stations, on the other hand, are able to detect such doses of radioactivity because the primary reason is that warnings can prevent things from getting out of control. It only works if the responsible agency takes precautions on board.

RIVM claims “particles traveling from the western Russia side”. The locations have two Russian nuclear power plants that could produce emission clouds like these. However, the Russian news agency TASS reported that Rosenergoatom, which manages both, denied that the plants had any problems, or that radiation levels were high around them.

RIVM added in a media report that they believed that Russia was the source, perhaps based on a misinterpretation of its Dutch statement, and that “no specific country can be identified at this time.” While relatively few sites report an increase in radiation, identifying its source is challenging. Scandinavian authorities are refusing to blame any country’s benefits. However, despite the inconsistent evidence, the Russians have consistently denied responsibility for previous events, meaning that none of their claims were involved. The claims can be treated with suspicion.