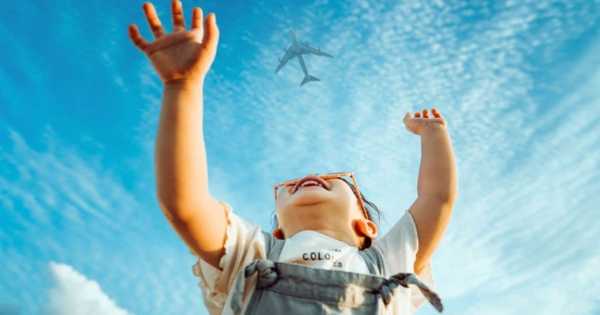 Infantile spasms, a rare but serious seizure disorder in babies, appear to be the result of a faulty molecular pathway, according to researchers. The researchers discovered that genetic mutations associated with the disease impair a pathway involved in the formation of new synapses in the hippocampus, a brain region essential for learning and memory, in their study of a mouse model of the disorder.

The findings, which were published in the journal EMBO Reports, also describe the use of a potential therapeutic intervention to address some of the developmental issues that are frequently associated with infantile spasms.

“We’re trying to figure out why patients with infantile spasms have learning and memory problems,” said Nien-Pei Tsai, a professor of molecular and integrative physiology at the University of Illinois Urbana-Champaign who co-led the study with U. of I. research scientist Kwan Young Lee. Tsai is a member of the Beckman Institute for Advanced Science and Technology at the University of Illinois.

In a research study of a mouse model of the disorder, the researchers discovered that genetic mutations associated with the disease impair a pathway that is involved in building new synapses in the hippocampus, a brain region essential to learning and memory.

While infantile spasms usually go away by the age of four or five, long-term developmental issues affecting memory and learning persist, according to Tsai. “The learning and memory deficits are long-lasting, and the patients frequently require academic assistance,” he said. “This indicates that the seizures and learning disabilities are most likely caused by different issues in the brain, but no one knows how.”

Previous research has found that infantile spasms are frequently associated with mutations in the Nedd4-2 gene, which codes for a protein called a ligase that regulates neuron excitability, according to Tsai. “We used mice in which Nedd4-2 is selectively removed from the brain as a model to mimic patients with impaired Nedd4-2 to study the role of this gene,” he explained.

What is going on inside your child’s brain during a seizure? Here’s an abbreviated explanation: Your brain is composed of billions of nerve cells known as neurons that communicate with one another via tiny electrical impulses. When a large number of cells send out an electrical charge at the same time, it causes a seizure. This abnormal and intense electrical wave overwhelms the brain, resulting in a seizure, which can cause muscle spasms, loss of consciousness, strange behavior, or other symptoms.

The researchers conducted behavioral and physiological experiments in mice with and without Nedd4-2 ligase function. They also investigated how ligase deficiency affected biochemical pathways in mouse neurons grown in cell culture.

They discovered that male mice with insufficient Nedd4-2 ligase levels in the hippocampus had impaired learning and memory. This disability was linked to issues with the structure of excitatory synapses in the hippocampus, which carry electrical signals between neurons. The researchers concentrated on neurons in the hippocampus because this brain region is important in the conversion of short-term memory to long-term memory.

The researchers discovered that a lack of Nedd4-2 in the hippocampus disrupted a pathway that regulates the growth of actin filaments, which support the formation of cellular structures like synapses. Cells lacking sufficient levels of the ligase experienced filament destruction and had fewer excitatory synapses in the hippocampus.

“Synapses require structural support in order to maintain their functions and integrity,” Tsai explained. “Actin, one of the most important structural components of a cell, is composed of monomers that can attach to one another to form polymers. The formation of actin polymers in synapses strengthens the synapses. This process is essential for memory and learning.”

When the researchers administered a drug compound that mimicked the activity of the ligase in the brain to mice lacking adequate Nedd4-2 levels, the mice appeared to regain some of their lost hippocampal-dependent memory. The researchers discovered that the same compound restored hippocampal excitatory neurons in cell culture.

“Because we demonstrated that a synthetic peptide can improve some of the learning and memory issues associated with infantile spasms in animals, it means that one day we may be able to medically enhance learning and memory in patients who carry mutations in this Nedd4-2 gene,” Tsai said. This study was funded by the National Institutes of Health and the Brain and Behavior Research Foundation.