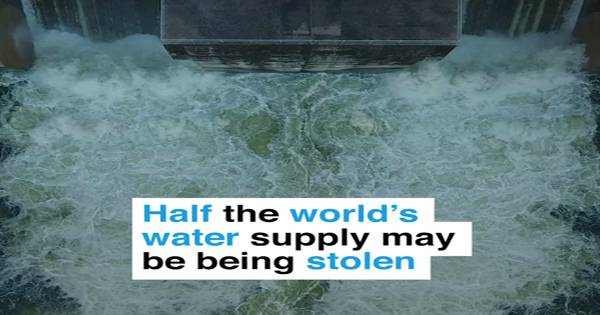 The world’s water supply is under increasing pressure. The global population has tripled in the twentieth century and the growing demand for a living has further intensified. Climate change is accelerating the problem of water pressure across
the planet. According to the United Nations, water is the primary means by which the world will feel the effects of climate change. It says water availability is becoming less predictable, with both floods and droughts increasing. More than 2 billion people live in countries that suffer from high levels of water pressure, and
by 2040 a quarter of the world’s children will be living in areas of extreme water pressure. UN estimates water crisis could displace 70,000 million people by 2030 Water theft takes many forms, including the use of untreated water at no cost and the taking of water from natural sources in violation of environmental
guidelines. Agriculture accounts for 70% of global water use. The report found that social attitudes and uncertainty about future supplies helped drive the crime.

There are different definitions of water theft. This is of course related to the ownership and theft of basic natural resources such as water, especially in the case of individuals, such as water theft The term, however, refers to agriculture and industry that largely shut off water and affect the supply to others. Of
a particular concern, according to the report, is the fact that percent of the planet’s water supply is used in agriculture.

An obvious example of this is water theft in avocado plantations in South America and Central America Avocados need to grow large amounts of water; You need about 320 liters of applied water to grow a single avocado in some parts of the world. As such, water demand in avocado-growing areas is hot.

Amnesty International and Danwatch have previously reported that growing demand for avocados has been seen in groundwater and river water circulation in Chile’s Petrocar avocado-growing region, which can only be stored in private reservoirs feeding corporate-owned farms. This results in rivers literally drying up and families fighting for access to water.

Researchers argue that policymakers should try to understand how serious the problem has become. From here, they can start new efforts to detect water theft, through water abstraction, patrols, or real-time metering of satellite imagery. Overall, global water use accounts for only 10% of domestic consumption, the industry takes 20%, and evaporation from reservoirs demands a further 4%, according to data compiled by the World Water Council. The rest is down to agriculture. The Global Water Initiative at the World Economic Forum was
launched in response to the warning of scientists that the gap between global water supply and demand will reach 40% by the year 2030.