Home Physics What is Semiconductor?

There are some materials (such as- silicon and germanium) which are neither good conductor nor insulator. These are called semiconductors. Pure semiconductor works as an insulator when it is cold. At normal room temperature, it behaves slightly as a conductor. But the conductivity of a semiconductor can be increased by adding some definite elements with it. A semiconductor is divided into n-type and p-type on the basis of the elements added to it. Negative and positive charge carriers are denoted by n-type and p-type respectively. The semiconductor made by the addition of phosphorous with silicon is an example of n-type material. The presence of phosphorous atoms increases the number of negatively charged electrons which can move freely in the substance. The semiconductor made by the addition of boron with silicon is the example of p-type material. The boron atoms create a gap or positive holes in the electronic structure of the atom. The electrons move from one hole to another by jumping within the material.

Diode and its symbol

If an n-type material is sandwiched between a p-type material, a very necessary device is developed which is called a p-n junction diode. It works as a rectifier. Diode makes the electric current unidirectional i.e. the diode transforms the alternating current (AC) into a direct current (DC). It saves radio, TV, computer etc. to be electrified due to a faulty connection. 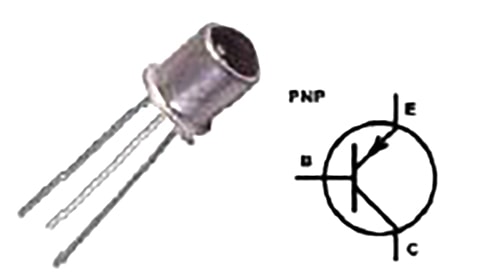 It is necessary to amplify the electric current and voltage for various reasons. The instrument which performs this work is called an amplifier. A transistor is such a device which works as an amplifier and high-speed switch. A transistor is made when a p-type substance is introduced between two n-type materials like a sandwich. These three layers are called collector, base, and emitter. The two n-type regions are the emitter and collector and the narrow p-type region is the base of the transistor.

In the same way, a transistor is made by using p-type and n-type semiconductor. Here p-type regions are the collector and emitter and n-type region is the base.

Transistor is used to amplify the electric current.

What is Digital Signal?