We have to draw simple and clear circuit diagrams to study current electricity. Electric Symbols that are used to represent common electrical devices that are employed to draw electric circuits are shown in table. 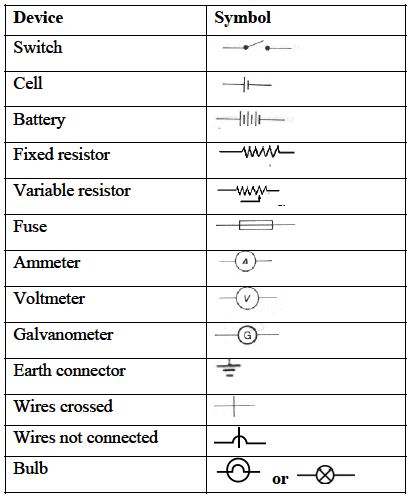