Home Technology Would a third of Europeans really like a robot PM? 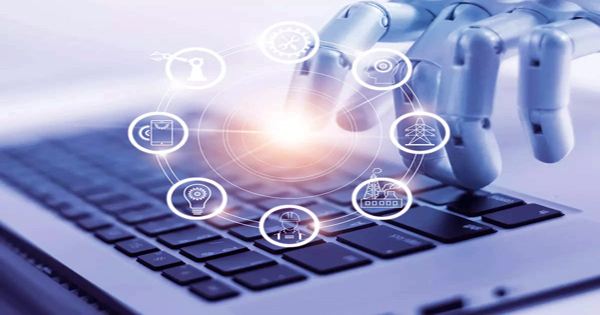 According to the European Tech Insights 2012 presented by IE University, Spain, the tougher the decision to run a country, the more Europeans will choose AI over their peers. After three years of “braised” chatter and still no direction being felt, it is perhaps no surprise that many in the UK will hand over government responsibilities to intelligent robots.  It is based on the responses of 2,576 adults aged 18 to 99 in France, Germany, Ireland, Italy, Spain, the Netherlands, and the United Kingdom – a reasonably quite limited survey pool, but much later.

The purpose of the exercise was to find out how the European people felt about the technological changes taking place in their respective countries or what researchers call the “Fourth Industrial Revolution” and how their governments felt about responding to the challenge.

A similar number say that the management of this new technology, along with climate change, is now the biggest test in the European Union (EU) and 56 percent expressed concern that robots would replace humans in most jobs. The subsequent response was, in short, quite bad. Two-thirds of respondents believe that these new technologies will do more harm than good in the next 10 years if not properly controlled. In contrast, only 30 percent of respondents expressed enthusiasm about the growing potential of robotics and automation.

Even higher numbers (74 percent) think that businesses should refrain from automating any work that is not considered unhealthy or dangerous. The survey found that the vast majority (72 percent) think the government should set quotas for the number to be automatically approved.

While there is a clear opposition to automation in general, there is one area of ​​business for which many respondents have actively supported automation – government business. One-fourth of respondents said they would make policy decisions about AI, not politicians.

In some countries, this number was even higher. In Germany and the United Kingdom, 31 percent of respondents supported government automation. The Netherlands had a surprisingly high 43 percent. Diego Rubio, executive director of the Center for Change in University Administration at IE University, downplayed it toward growing frustration with the political class.

Rubio said in a statement, “This mentality, which is probably related to the growing distrust of citizens towards government and politicians, forms an important question of the European model of representative democracy, as it challenges the popular notion of sovereignty.”

For now, at least, most citizens seem to be opposed to the idea of ​​a robotic overlord PM, and it is important to remember that AI comes with its own problems – not racism and sexism. After all, they are programmed by us, frustrated people. It is also worth noting that the survey of only 2,576 respondents out of a population of over one million could be too small to jump to any tough conclusions. This did not include any respondents from Eastern Europe, which proves that these studies are more representative of Western European opinion than the whole continent.

Yet, it is a speech that will hopefully encourage more governments to discuss the socio-political issues of the “Fourth Industrial Revolution.” Rubio said, “Most Europeans expect their government to set new laws and taxes to limit automation and prevent job displacement, even if it means slowing economic growth.” “These results are consistent in ideology by country, age group, gender, and perhaps more surprisingly, ideologies. And yet, such measures are currently out of the political debate.”

What Is a Synthesizer?