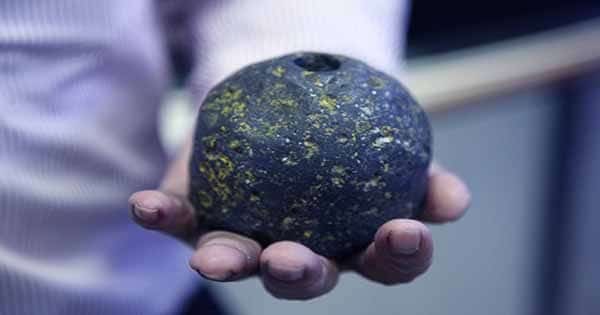 Even elite scientists can be the victims of the absence. Case in point: Idaho State University late last year when they realized they had misplaced a small amount of weapon-grade plutonium. To make matters worse, no one seems to have seen it since 2003.

A sample of plutonium-239 weighing about one-third of a gram or ounce is much smaller than making a bomb, but if it falls into the wrong hands, there is a risk of destruction. Surprisingly, the government is not very excited.  The university first admitted to the U.S. Nuclear Regulatory Commission (NRC) that the MIA was a quart-sized nuclear component in October 2001. After reviewing the relevant records, NRC officials gave doctors two violations – failing to monitor plutonium and fail to provide complete and accurate information about its status.

Yet after reviewing the case, the NRC decided to exclude the second violation, “[b] because the university took immediate corrective action after identifying the violation.” Instead, officials simply decided to fine the school 8,500.

13 other similarly sized samples, soon after the 9/11 attacks in order to develop methods for detecting smuggled radioactive material and determining whether nuclear reactors are leaking, according to the Associated Press, researchers from ISU’s nuclear engineering department – who often work closely with the nearby US Department of Energy’s Idaho National Laboratory – obtained the plutonium. Believing that the material was disposed of after the projects were completed, nothing of the material came until the last fall, when an investigative investigator discovered that the department had documented the fate of only 13 of the 14 plutonium chips.

It has launched an extensive search that creates intense search pressure on your car keys before it feels like any day at the spa. The university saw barrels of waste stored on campus and several that were moved elsewhere, but the piece was not found.

Despite being at a critical stage, Dr. Cornelis Van der Schyf, vice-president of ISU for the study, assured the AP that plutonium must be disposed of and that Snafu came down to a record-keeping issue. He said, “The Q&A radioactive source does not directly pose a health problem or public safety risk.”

We certainly hope so. Plutonium-239 is the most widely used isotope for separation-based nuclear reactors and weapons. And although a critical mass of 11 kilograms (24.2 pounds) is needed to create a nuclear chain reaction, an NRC spokesman said the sample was large enough to make a “dirty bomb.”

On a positive note, exposure to PU-339 emitted alpha-particles is not immediately dangerous unless its particles enter air or water and the fragment was last seen in the defensive field. In the best-case scenario, plutonium sits somewhere in a sealed bin and waits 48,200 years for complete decay.