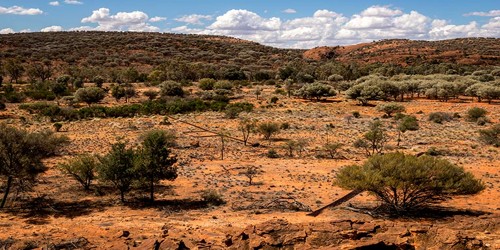 Arid: Denoting any climate or region in which the rainfall is insufficient or barely sufficient to support vegetation. Nearly 33% of the Earth’s land is covered in Arid climate. The temperatures will depend on the latitude of the desert. To have an Arid climate, an area must receive less than 10 inches of rain per year. However, many areas of arid climate receive far less than that. To survive in this climate, plants must either require very little water or be able to store water. Snakes, scorpions, Foxes, and jackals can survive the Arid climate.

Arid soils are one of the most prevalent soil orders in the world. They are generally sandy in structure and saline in nature. Arid soils range from red to brown in color. It typically contains high levels of calcium carbonates, gypsum, as well as sodium. Most “arid” climates surround the equator; these places include most of Africa and parts of South America, Central America and Australia.