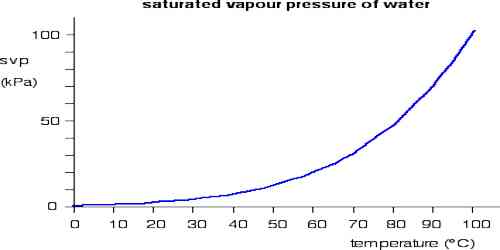 The process of evaporation in a closed container will proceed until there are as many molecules returning to the liquid as there are escaping. At this point, the vapour is said to be saturated, and the pressure of that vapor (usually expressed in mmHg) is called the saturated vapor pressure.