Group 18 of the periodic table consists of helium, neon, argon, krypton, xenon and radon. All these are gases under ordinary conditions of temperature and pressure. All of them (except Rn) are present in the air in traces. Rn is obtained from the radioactive disintegration of radium.

All these elements possess ns2 np6 configuration. The differentiating electrons enter into the p-subshell and thus are included in p-block elements. 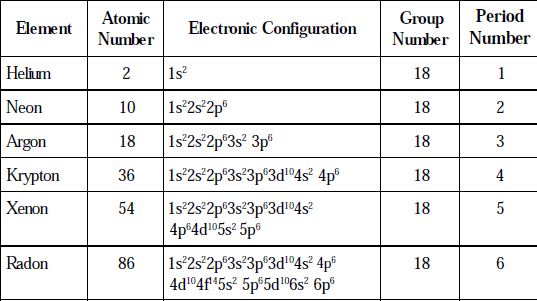 What is Van dar Waals Force?