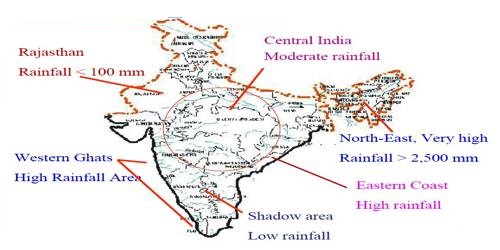 The monsoon of South Asia is among several geographically distributed global monsoons. Despite the observations spread over centuries, the monsoon continues to puzzle the scientists. There is great regional and temporal variation in the distribution of rainfall. Over 80% of the annual rainfall is received in the four rainy months of June to September. The average annual rainfall in India is about 125 cm, but it has great spatial variations (Figure). 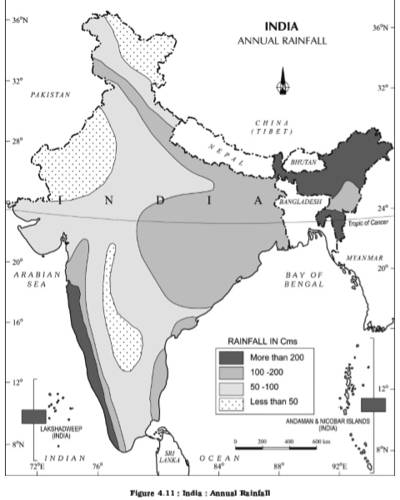 Areas of Inadequate Rainfall: Parts of the Peninsula, especially in Andhra Pradesh, Karnataka and Maharashtra. Ladakh and most of western Rajasthan receive rainfall below 50 an.

Snowfall is restricted to the Himalayan region.