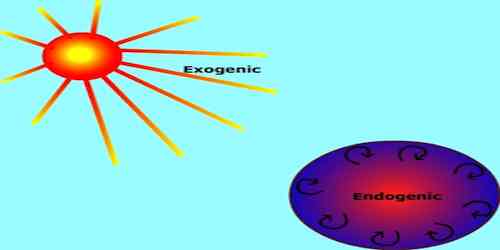 The energy emanating from within the earth is the main force behind endogenic geomorphic processes. These processes include tectonic movements of the crust, magmatism, metamorphism, and seismic activity. This energy is mostly generated by radioactivity, rotational and tidal friction and primordial heat from the origin of the earth. This energy due to geothermal gradients and heat flow from within induces diastrophism and volcanism in the lithosphere. Due to variations in geothermal gradients and heat flow from within, crustal thickness and strength, the action of endogenic forces are not uniform and hence the tectonically controlled original crustal surface is uneven.

The principal energy sources for endogenic processes are heat and the redistribution of material in the earth’s interior according to density (gravitational differentiation). Endogenic processes have been responsible for shaping the earth’s relief and the formation of many of the most important mineral resources.