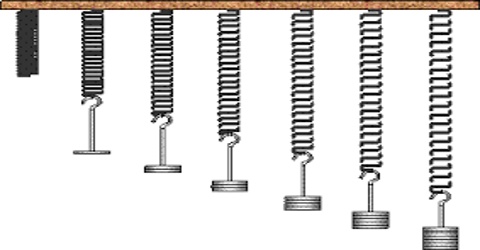 We know, when a force is applied to a body its physical change occurs i.e., the body becomes deformed and when the force is withdrawn the body regains its original shape. If a piece of rubber or spring is pulled from both ends its length increases and when the tension is released it goes back to its original position. Due to the application of force, a reaction force is developed on the body according to Newton’s third law of motion. When the force is removed or withdrawn the reaction force helps to take it to its original state. The magnitude of this deformation of the body depends on the magnitude of the applied force, the point of application of the force and property of this body. This property of the body is called elasticity.