Whenever a force acts on one body, at that time an equal and opposite force acts on some other body. This matter is generally stated as –

To every action there is an equal and opposite reaction.

This statement is known as Newton’s third law of motion. 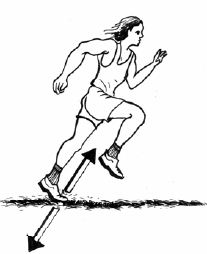 Firing by a gun

When a person fire with a gun, he feels a backward push at that time. What is the reason behind this? In this case, action and reaction force of bullet and gun exists for the same time. According to the Newton’s second law of motion, the bullet and the gun acquire equal and opposite momentum. As a result the bullet moves forward with a particular momentum and the gun moves backward with a momentum of same magnitude but opposite in direction. Due to this, the person will feel a backward thrust. The backward velocity of the gun will be smaller in comparison to that of the bullet as the mass of the gun is large.

What is Refraction of Sound