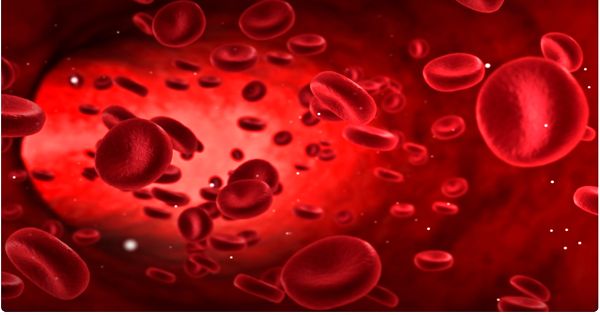 A study of female astronauts looked at the risk of blood clots while in space. The research looks into the risk factors for developing a blood clot (venous thromboembolism) in space.

The study, published in Aerospace Medicine and Human Performance, was conducted in collaboration with King’s College London, the Center for Space Medicine at Baylor College of Medicine, NASA Johnson Space Center, and the International Space University. It looked at the potential risk factors for developing a blood clot (venous thromboembolism) in space.

The study examined 38 female astronaut flights between 2000 and 2014 and discovered that spaceflight and combined oral contraceptive pill (COCP) use do not appear to increase the risk of venous thromboembolism (VTE).

Blood clots are most commonly found in the lungs (pulmonary embolism), causing difficulty breathing, or the legs (deep vein thrombosis), causing pain and swelling in the affected leg. The blood clot that occurred in space, on the other hand, was unusually located in the neck. Doctors on Earth used an innovative treatment for the astronaut in space, prescribing a combination of injectable and oral medication, halting the progression of a potentially mission-critical or even life-threatening event.

A study of female astronauts has assessed the risk of blood clots associated with spaceflight.

Dr. Varsha Jain of King’s College London, the study’s lead author, and a Wellbeing of Women Clinical Research Fellow at the Medical Research Council Centre for Reproductive Health at the University of Edinburgh, stated: “Earlier this year, the first instance of an astronaut developing a blood clot in space was reported. It is unknown how spaceflight affects an astronaut’s risk of developing a blood clot. The purpose of this study was to look specifically at the potential blood clot development risks for female astronauts while in space. We wanted to know if using the hormonal contraceptive pill for menstrual cycle control increased that risk.”

Developing a VTE in space is a potentially fatal and mission-critical risk. The risk may have been increased further by the use of COCPs, but because female astronauts are more fit and healthy than the general population, their risk remains low.

Blood clots are dangerous because they can cause heart attacks or strokes, resulting in enormous health-care costs on Earth. They are, however, preventable and treatable. Obesity, sedentary lifestyle, advancing age, and smoking are already known to increase the risk.

The study, the first of its kind, suggests that more blood tests be performed during astronaut selection and medical reviews. There are points during pre-mission training and spaceflight, such as specific training activities, that may temporarily increase the risk of developing a blood clot, and the authors recommend that these be reviewed.

Finally, the study recommends a more holistic approach to contraceptive agent prescribing because women of all professions, including astronauts, may want to control their menstrual cycles, and occupation-related risks should be considered during a risk assessment.

Dr. Jain stated: “There may be times during an astronaut’s pre-mission training or during the space mission when the risk of a blood clot is temporarily increased. Because blood clots can be fatal, we recommend more focused research in this area to better understand how spaceflight affects an astronaut’s risk of developing a blood clot.”

Dr. Virginia Wotring, associate professor at the International Space University and the study’s senior author, stated: “We believe that further research with female astronauts is necessary. Because the majority of astronauts were male, much of the previous biomedical research in space was conducted on mostly male astronauts. That has changed, and we now need to understand how the environment of spaceflight affects female physiology.”

Male and female astronauts undergo the same rigorous pre-mission training to ensure they are at the lowest risk of experiencing health issues while in space. However, activities during pre-mission training, such as long-distance travel or diving exercises to simulate the space environment, may temporarily increase the risk of a blood clot forming. As a result, we recommend that the timings of these events be reviewed so that they do not occur in quick succession, potentially increasing the overall risk of developing a blood clot.

Female astronauts could reduce their risk even further by avoiding the combined hormonal contraceptive pill, which contains the hormones oestrogen and progestin. They could instead control their menstrual cycles with progestin-only medications, lowering their risk of developing a blood clot even further.